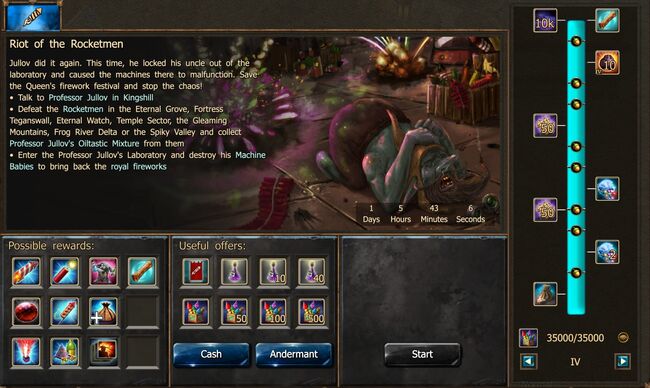 Royal Fireworks and fill up the progress bars before you pass out.

Gun Powder in certain Dungeons. Those Dungeons are the same dungeons where you will need to collect

There are seven farming dungeons. Depending on your level, strength and preferences you can farm at any place you like on any difficulty.

Once you enter a dungeon, Rocketmen will start spawning. They are spawning at different spots one by one. Each spot has a group of several Rocketmen.
There are always 8 spawning position in any dungeon, and these spawning locations are random (can be seen on the minimap). Their position can be always the same or it can always change patterns.
The spawning locations depend on 2 factors:
- your position on the map
- whether you are moving or not
If you are moving when you enter a dungeon they will start spawning at a most distant location from your position. The more you move through dungeon the more they change the next location away from you.
That means they would spawn at places you have already been.
However ... there is a trick. If you don't move when you enter a dungeon and wait for them to spawn at all places they will always spawn at same place depending from what entrance you are accessing the dungeon.
This is not working only in in two dungeons:
- Fortress Teganswall - when you enter via Teleport Stone or FBI or Burning Coast they can't be seen on the minimap so you need to move around. If you access through Tegan's Sanctuary or Dragon Caverns and you stay still, they will always spawn at same place.
- Temple Sector - they are never showing up on minimap so you always need to move, no matter from what entrance you came in. Avoid this dungeon.


Note: this behavior has been only tried during solo play. It is not tested in group play.


Below are shown few patterns per dungeon (don't rely on them they may change). 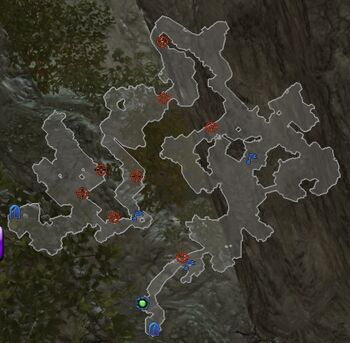 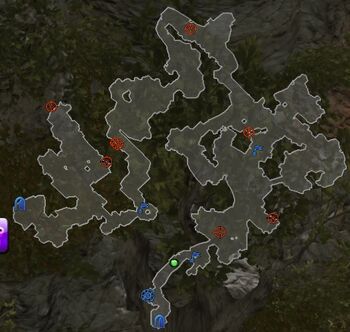 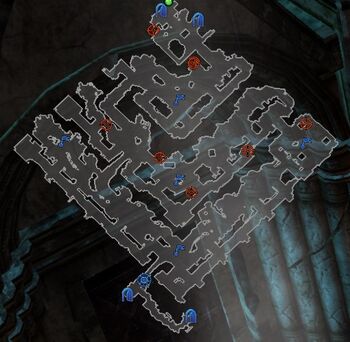 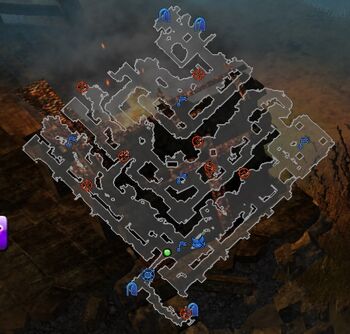 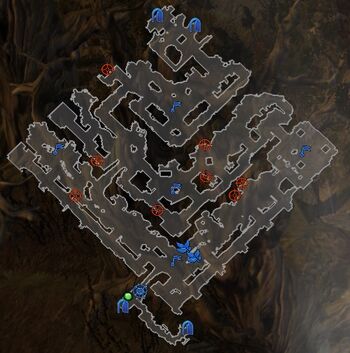 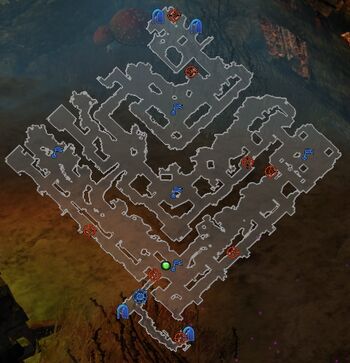 Enter via Tegan's Sanctuary or Dragon Caverns and farm the nearby groups, then reset the map. 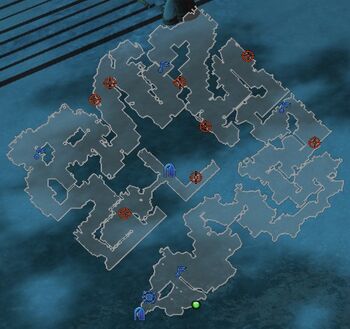 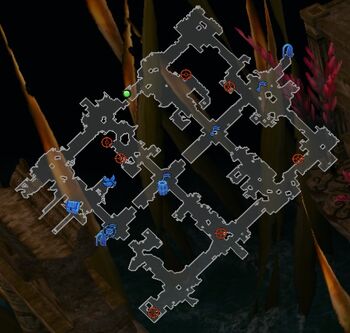 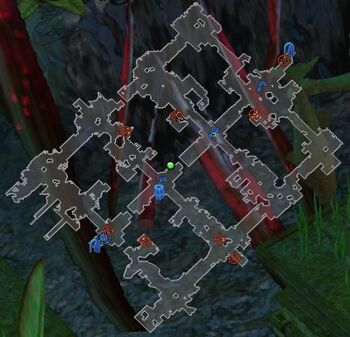 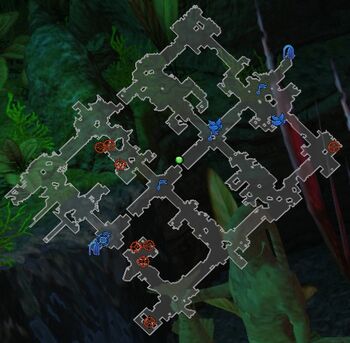 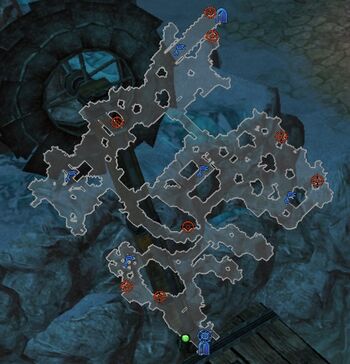 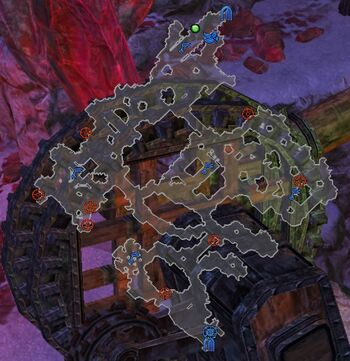 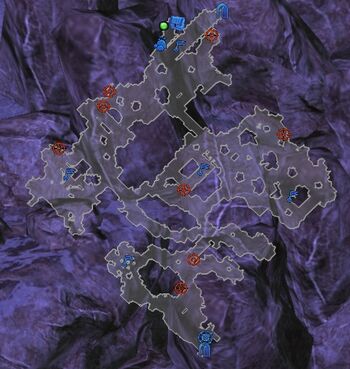 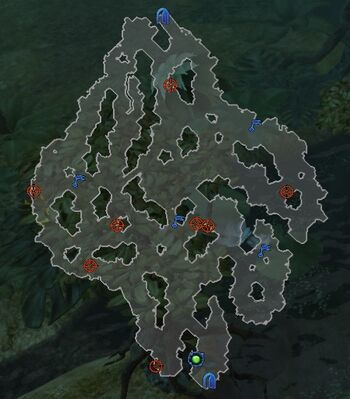 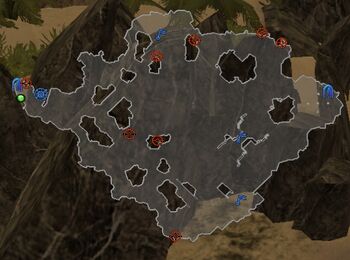 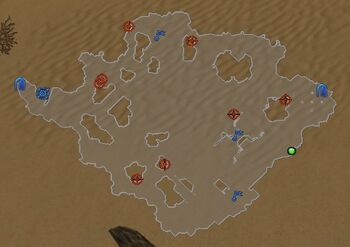 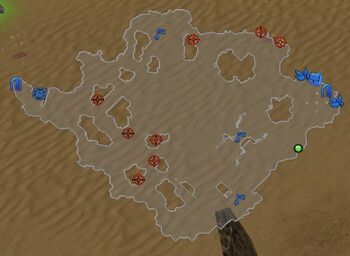 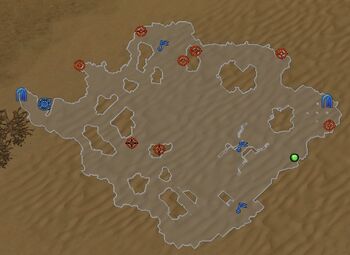 My recommendation would be:
- Fortress Teganswall accessed via Tegan's Sanctuary or Dragon Caverns - only the nearby groups then reset the map.
- Spiky Valley accessed via Treasure Cave - it is relatively small dungeon and can be cleared fast. 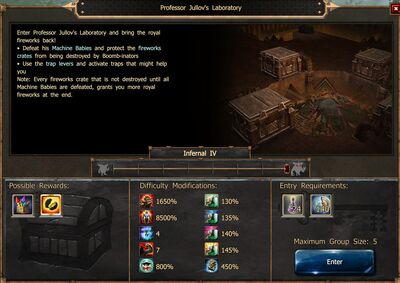 Once you are done with the second part of the Hostile Acquisition quest, make sure you have enough

Professor Jullov's Oiltastic Mixture before proceeding to the final part of the quest, because you will get

Riot of the Rocketmen Attire (3 Hours). Alternatively you can re-take the quest until you are ready.
Those who have gotten the

Riot of the Rocketmen Attire from the Rocketman Chest during Winter Solstice Festival 2019, can use it immediately.
Note: Attires are working with quests as well.


The goal is to destroy all four Machine Babies before they destroy all four crates in the center of the map.
If the crates are destroyed you can only take progress and loot from the Pile. You can get extra progress from each saved crate. 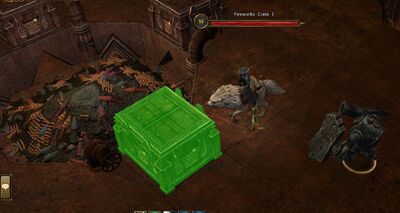 Machine Babies will start producing bombs 30 seconds after you cross the entrance line. From that moment on, depending on the number of players in the group they will start activating one after another with a certain time delay in between. If you destroy Machine Baby the next one will be activated immediately.

Machine (hasta la vista) Baby is producing mobs with "Terminator"-like names - Bomb-inator and Justice Grant-inator.
The bombs and producing machines are having mechanics like the mechanics in Caverns of the Eternal Storm. Your equipment is useless against them. You will always deal low damage per hit no matter what equipment you are using. That means all players are equal no matter how much damage they have, they will deal same low damage until they fall asleep.
Only your skills matter, meaning rangers are screwed.
Your damage will be almost the same if you are suing 2H weapon or not using any weapon at all. In example: If you are playing a Spellweaver and using 2H weapon, and you deal 265 damage per hit with Magic Missile ... when you remove the weapon your damage will be almost the same (261-2)
That means you will need Travel Speed and Attack Speed as much as possible.
Personally , I will be playing with the old Bow of the End of Time.


There are Trap Levers that you can activate, but I would not recommend you spending

Professor Jullov's Oiltastic Mixture on them. The traps are like damaging the bombs and slowing them down. 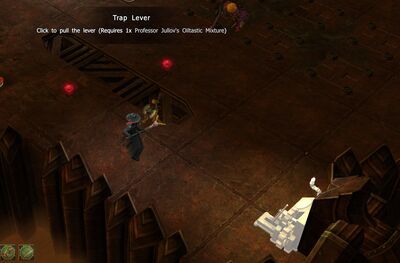 If a Crate is badly damaged you can use 3x

Professor Jullov's Oiltastic Mixture on Steam Valve and repair the Crate (only once per crate).

Don't forget to take the RE quest and finish it every 5th run (stay longer and kill rocketmen if necessary). That way you will get 1000x

every four runs (on top of the progress and loot from the crates and the pile).

Retrieved from "https://drakensangonline.fandom.com/wiki/Riot_of_the_Rocketmen?oldid=162577"
Community content is available under CC-BY-SA unless otherwise noted.