Players can choose to enter the Parallel World series that functions independently from the main quest line. Enemies are set at a much higher difficulty than normal mobs and are designed to be completed as a group (3-5 players). Monster level scales to the highest level player in the group and health of individual creatures will increase with additional players. All Monsters in the dungeons equally provide XP and loot for every player in a group without the normal reduction for groups (but decreases for Level-difference between group members still occur). Ammon the Worldly Wanderer offers quests that guide you through the Parallel Worlds.

Once you reach level 50 with any of your characters at same account, Ammon the Worldly Wanderer gives you a Scroll. Use the scroll to enter The Splintered City of Cardhun.
Access all parallel world dungeons through The Splintered City of Cardhun. This location serves as a collection point for heroes seeking to put together a party for parallel world quests. Enter through the Parallel World portal and select your desired location free of cost. Prior to entering the parallel world dungeon, you will be queried about the desired difficulty level. At present there is only one difficulty level. ​

There are three possible scenarios for how to enter The Splintered City of Cardhun and the lowest level difficulty of Parallel World dungeons (Painful):

A brief description of each can be found below. All are measured relative to an equivalent non-PW mob.​ 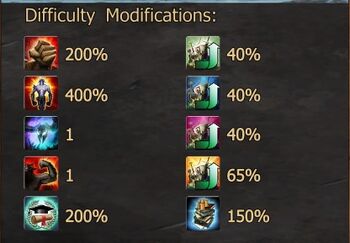 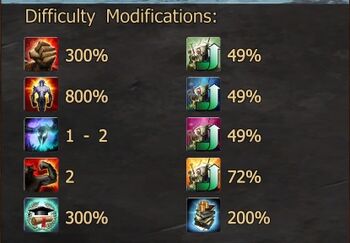 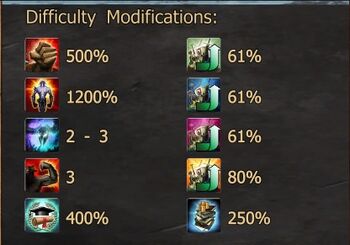 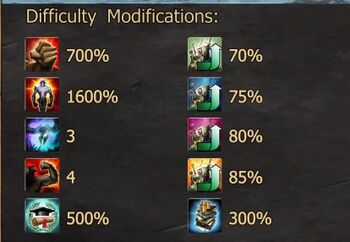 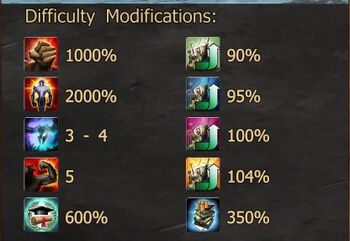 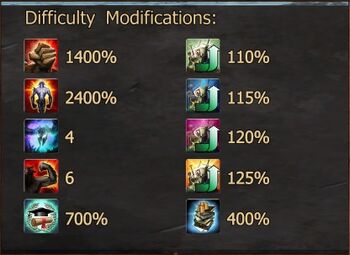 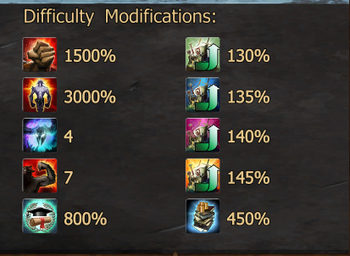 Explanations:
(Same applies to all Events that come with difficulties)

What can you expect in a Parallel dungeon?

Bosses, mini-bosses and many of the same monsters from the normal dungeons, except you will find them much more powerful than before. Monsters from the "Champion" category will have anywhere from one to four enchantments.

Find large stacks of Andermant, gold, Materi Fragments and enchanted items in all these locations! Gather a group of fellow players in-arms to defeat the baddest of enemies in Duria.

Collect Materi Fragments dropped from normal mobs, mini-bosses and the head boss to purchase goodies from various NPCs in The Splintered City of Cardhun.

Once your character has reached The Splintered City of Cardhun, NPC Ammon will provide you with a series of quests.
Play through the quests series to unlock the dungeons. The dungeons will be unlocked in the following course (top to bottom). You will first have to clear two maps and in the third map you will encounter a boss monster. For example, you will have to clear Parallel World Grimmagstone, the quest will then lead you to Parallel World Alliance Fortress and then you can enter Parallel World Fortress Hall where you will encounter the boss monster, in this case Grimmag .

In the end of every boss monster, when you defeat him successfully, if you have your quest serie activated, you will find out a Parallel World Treasure Chest, that will give you a certain amount of Materi Fragment, according to your level. 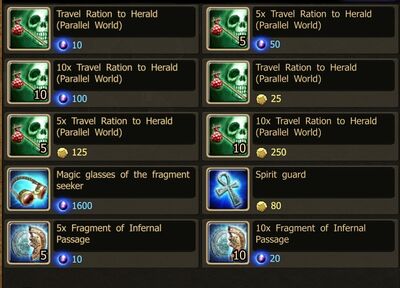 Quest: Into the Deepest Cave

Quest: Into the Darkest Grave

Quest: Into the Darkest Forest

Quest: Into the Highest Monastery

Halls of the Dead

Quest: Into the Burning Cave

Quest: Into the Coldest Heights

Quest: Into the Vengeful Past

Materi Fragments are broken pieces of reality and can be joined together to hold back the influence of the Anderworld.

Materi Fragments are the main currency inside the Parallel World.
There are Materi Fragment Traders inside the The Splintered City of Cardhun and you can purchase goods and equipment from them in exchange for

Materi Fragment. You can buy Unique Items with

Retrieved from "https://drakensangonline.fandom.com/wiki/Parallel_World_(new)?oldid=163537"
Community content is available under CC-BY-SA unless otherwise noted.