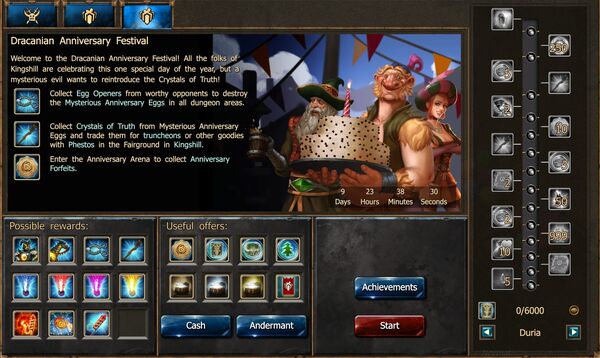 Open up Mysterious Anniversary Eggs and get loot and event progress.
Collect

Phestos' Egg Opener from worthy monsters (you can also buy them in the shop).
You will need 5x

Phestos' Egg Opener in order to open up each egg.
The drop from the eggs is random.
Loot list: 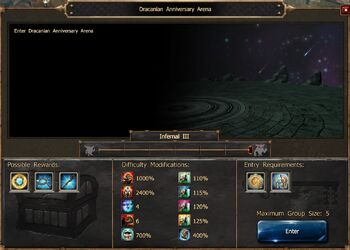 
Note: You can no longer get

Phestos' Pinata Truncheon in the arena.
You can only get small amount of

Crystal of Truth from Anniversary Forfeit Chests and random drop of truncheon (like one truncheon out of 100 chests).


Anniversary Chips can be obtained from the following bosses:

Difficulty doesn't matter, the drop chance is the same on all difficulties as long as they are in your level range

Once you enter any Anniversary Arena version, interact with the Anniversary Banner in order to start the monster waves.

After defeating all monsters, 5x Anniversary Chests will spawn: 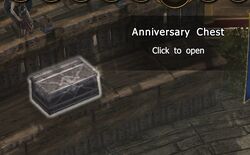 As already mentioned there are different versions of Dracanian Anniversary Arena. However, have in mind they are level restricted. Players below level 35 will have to play only Duria and the normal arena version.

In normal Dracanian Anniversary Arena monsters are random from random regions
The Anniversary Chest is dropping random Anniversary Forfeit Chests. That means you never know whether you would get what you need or not.

In region/event based Arena version monsters are always related to that one particular region/event.
Anniversary Forfeit Chests are not random and you always know what kind of drop you could expect before accessing the arena. 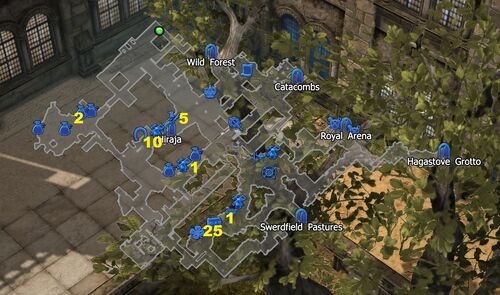 All Pinatas are dropping items from the Merchant's shop next to them.
To be updated!

Note: Armor of Darkness and Dragonsilver not yet added on live server! 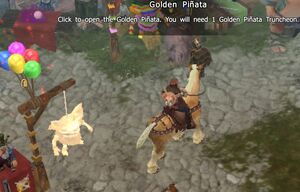 You can open the Golden Pinata with

Golden Pinata Truncheon.
You can get the


Note! : I have been informed by friends who already opened Golden Pinatas that the rewards have been changed!!!
However, the info on the Golden Truncheon is still the same , old one. 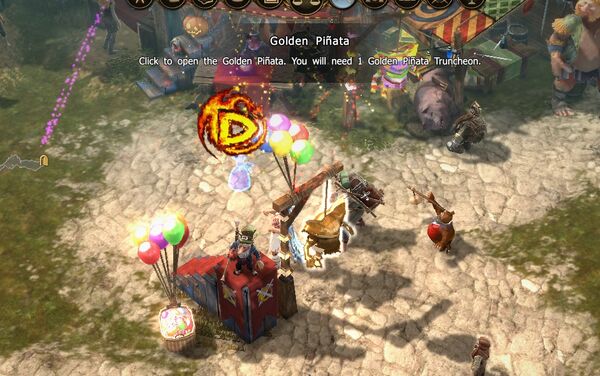 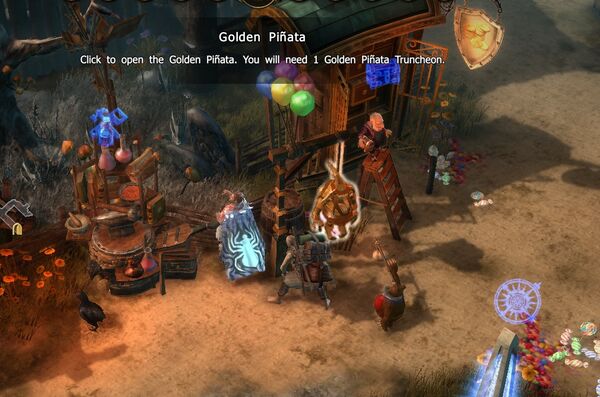 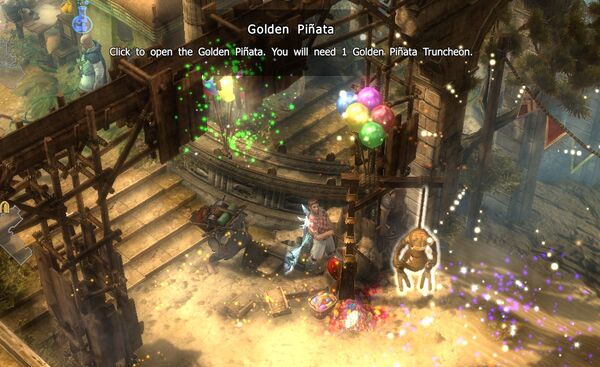 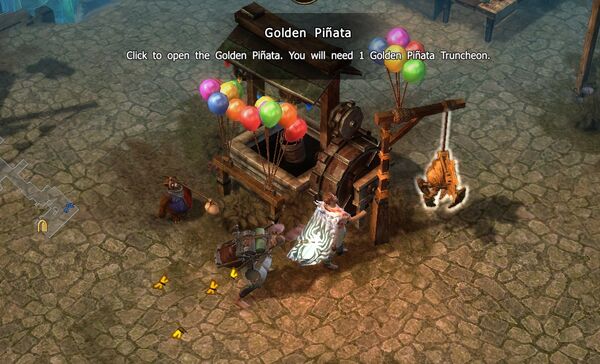 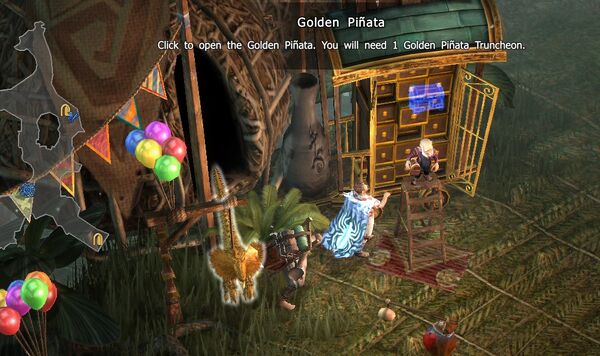 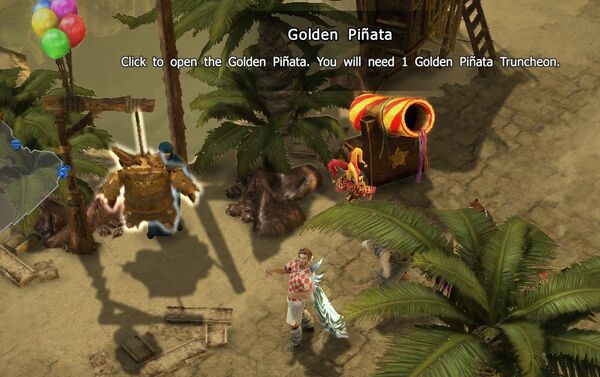 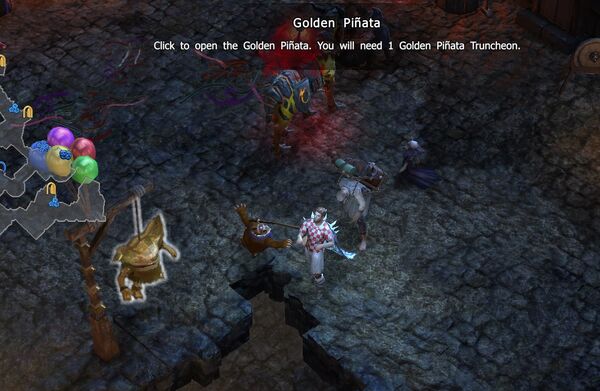 Crystal of Truth by cracking up Mysterious Anniversary Eggs in all dungeons on all difficulties.
Since the drop is not scaling with the difficulty, farming

Crystal of Truth on Normal difficulty is fastest.


The most efficient way to collect

Crystal of Truth is to enter a small map (in Normal difficulty) with higher number of eggs inside and open up the Mysterious Anniversary Eggs while riding a mount and don't engage the monsters (they are low level anyway).


Stonekeep
In my opinion this map is best for farming. It is low level (normal difficulty), it is not linear and you can avoid the monsters. The most important thing is this dungeon has 7x Mysterious Anniversary Eggs.
Activate the buff and start cracking the eggs in direction shown in the picture below: 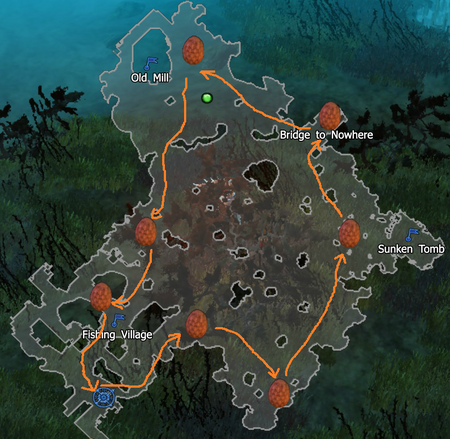 Since the eggs are not respawning you will have to reset the map by exiting the door, teleporting to Urban Area and getting back again OR by using the Travel Stone Or

Universal Map (you will have to change to different map and get back again or enter the same map on higher difficulty and get back to Normal again).


Tegan's Sanctuary
You can select any small normal map, you can run in Tegan's Sanctuary ... it is small and it contains 7x Mysterious Anniversary Eggs.
Set travel speed as high as you can and use the fastest equipment and mount you have. Activate the buff and start opening the eggs in direction shown in the picture below: 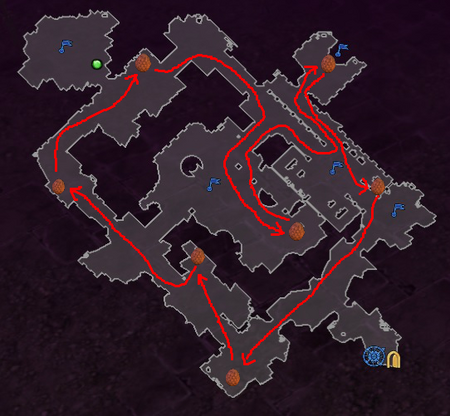 Since the eggs are not respawning you will have to reset the map by exiting the door, teleporting to Urban Area and getting back again OR by using the Travel Stone Or

Universal Map (you will have to change to different map and get back again or enter the same map on higher difficulty and get back to Normal again).

Egg Openers before you start farming

Crystal of Truth.
Note 2: Before you start cracking the eggs make sure you have some of the buffs (

Phestos’ Candied Apple preferable). You can get the buffs from Mysterious Anniversary Eggs.

Retrieved from "https://drakensangonline.fandom.com/wiki/Dracanian_Anniversary_Festival_(2019)?oldid=168769"
Community content is available under CC-BY-SA unless otherwise noted.