Calculations listed below are unofficial and based off The Math of DSO & Max Resist and Armor and through observation.

Base Damage Per Level

Items and gems add to the numerical value of armor and resistance, which is then converted to an effective percentage value versus an enemy of a specific level or on a specific Infernal mode. This generic formula calculates the % values: 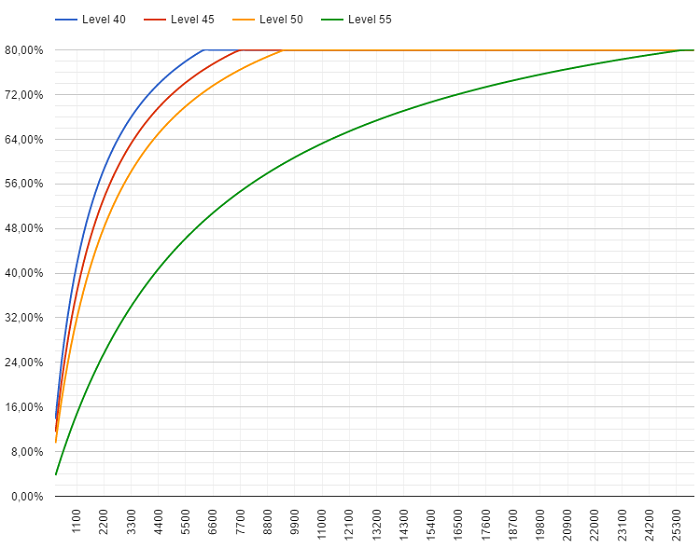 Level 55 players can use the amended formula for modes up to fatal: 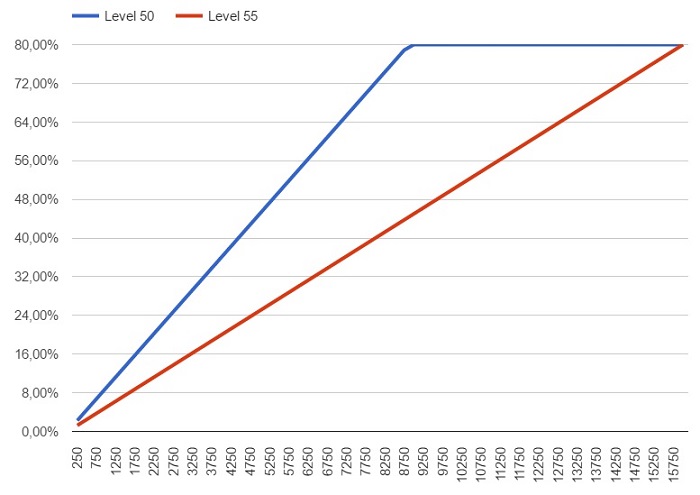 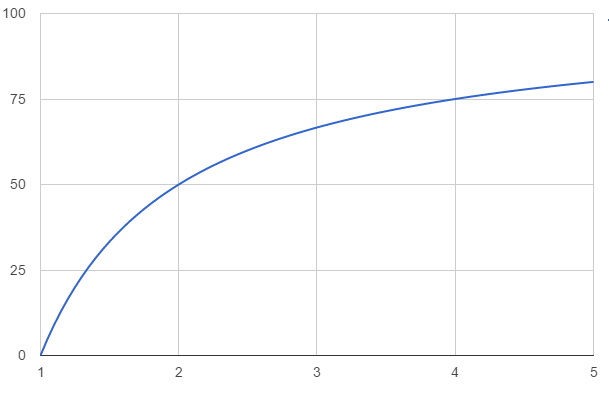 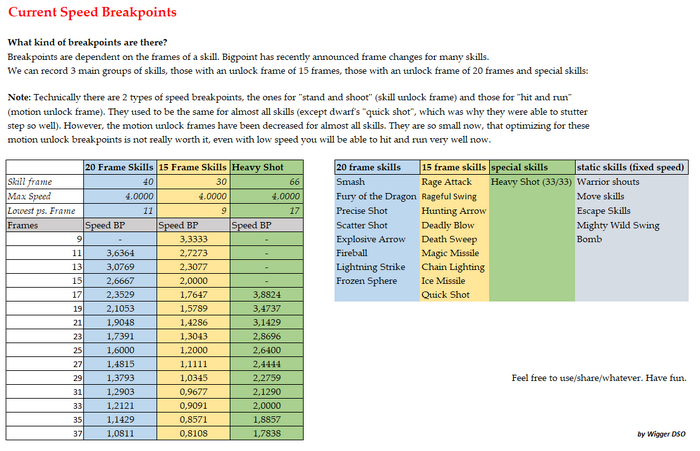 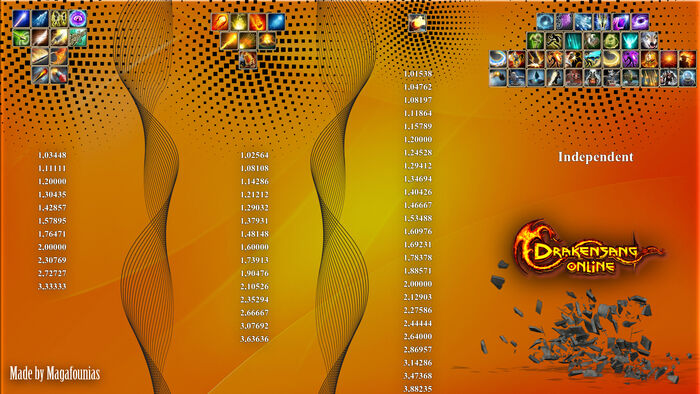 Above 4.0 attack speed, you can collect stacks of Battle Anger when you attack enemies. The number of stacks you receive per attack will depend on your attack speed:

When you have collected 100 stacks of Battle Anger, you will receive a buff called Unleashed Rage that increases damage by 100% for 30 seconds with no cooldown. 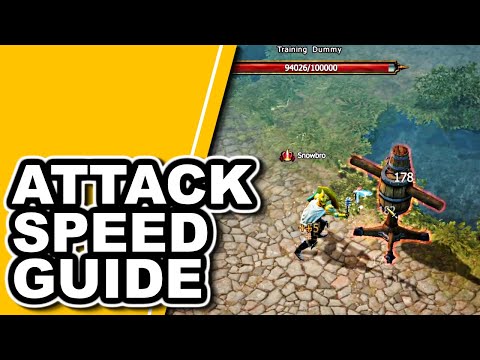 Many factors alter travel speed and some are conditional (e.g. limited to location or actions). Here are common travel boosts:

Travel speed increases are summed up and can be stated as a percent increase compared to normal speeds:

Calculating Golden Value on Base Stats

You can calculate the starting golden values on item's base stats by using the following formula:

Gs - the starting value for golden base value
Vmin - minimum possible base value
Vmax - maximum possible base value
Example: If we calculate Gs for critical hit value on T5 Mortis' Ring of Death we get:
Vmin=880
Vmax=1160
Gs=880+((1160-880)-10%)
Gs=1132 (meaning all stats between 1132 and 1160 are highlighted as golden)
Some items like all weapons and some quivers and weapon adornments, are having separate Gs for min and max value. In such cases we can calculate separate Gs for each range: 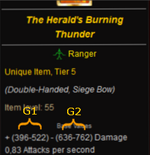 Note: if the enchantments are close to the limit the formula will not work because in game we can only see the rounded but not the real values.

Behemoth talent add a +50% bonus on the weapon damage and does not apply to total damage. The damage bonus will then be multiplied by 2% for each level in your Attack to arrive at the final damage boost.

The percentage value with which absolute enchantments will increase with a +1 level upgrade depends on the item level: Source. For a list of the maximum enchantments of each item click HERE.