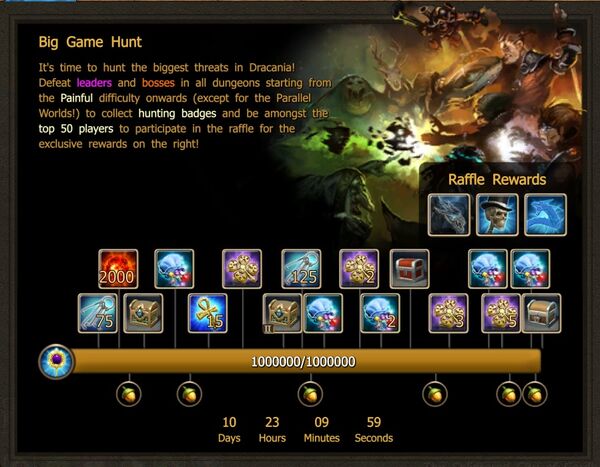 Defeat Leaders, Bosses and World Bosses in all dungeons (outside the Parallel World) starting from the Painful difficulty onwards and collect


Once you defeat a Boss or Leader you get

Hunting Badges. You will find them in the new Scaling Normal Dungeons starting from dungeons in the region of Slifmoor and finishing with the dungeons in the Qaizah region. All bosses drop

Hunting Badges but not all Leaders drop

Hunting Badges. Only those Leaders who drop

Key of Prowess are dropping

Hunting Badges.
World Bosses and Bosses inside boss dungeons are dropping more badges than the Leaders BUT there is a 10% chance that a Greedy Goblin will spawn instead of a normal Leader. The Greedy Goblin has a drop of a World Boss.
All Bosses outside boss dungeons are having same drop as the Leaders have.
To make it simple ... whenever you spend

Key of Prowess you get higher drop.

In order to access the Scaling Dungeons you have to fulfill both the level and quest requirements. Read about it in THIS page.

Preparation for the event

In order to enter Boss dungeon you need to have

However, even if you need

All Leaders(read above ), Bosses and World Bosses are dropping

Hunting Badges after being defeated.
Every time you pick up

Hunting Badges you get

Hunting Badge stack size. This buff can stack up to 100 times. That means you can get up to 1000% more badges per

Hunting Badge stack.
In example, if the

Hunter's Fortune Buff is running in game time not in real time. Whenever you logoff or switch character it stops running. You can resume playing later and the buff will continue to run where it stopped. If you leave the game when your buff has 10 minutes to go ... it continues from 10 minutes when you log in next time.


Update: At some point there will be another buff of 50-500%.
This buff is permanent and it works independently of the aforementioned buff. So you can have max buff of 1050-1500% more to the stack size.

All bosses inside boss dungeons are having best drop of

Hunting Badges. But in same time you need

All Bosses outside boss dungeons are dropping less amount of

Hunting Badges but you don't need

Key of Prowess to access their dungeon. They have same drop with the Leaders and you can always kill Boss + Leader in same run.

Hunting Badges but they are not dropping

There are many ways to play the event. Be creative and chose your own way. :)
I will only describe the best way.

Best map to play is Loxley Caverns. Play this map until you get something like 300-500 keys.
Don't forget you have to be at least level 30 to play the dungeons in Painful and you need to have Ambition and Despair quest done.
By the time you collect 400-500 keys you would already have the event buff at max 1000%.
You should kill both Arachna and the Leader in each run. This way you are getting more badges, you are stacking the buff faster and on top of it you are getting keys from the Leader.
The map is not so big and there are small number of monsters to kill. When you start clear your way to Arachna. After killing her clear your way to the Leader. He will spawn when you kill the last monster. 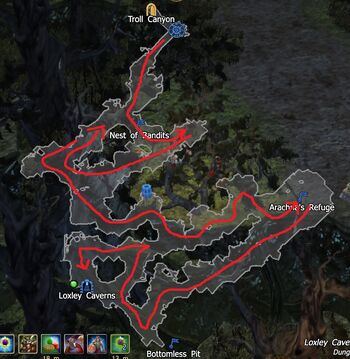 Play this way until you get 400-500 keys. Those who already have farmed keys can proceed to next step after maxing the buff out
After that you can pay a visit to a World Boss. Select whatever boss you like.
Best World Boss to kill is Khalys because she is one of the easiest bosses and you don't have to have another quest done because she is in the same region as Arachna and the required quest is the same Ambition and Despair quest as mentioned above. That means all players from all levels can play there.
Have fun with Khalys at difficulty of your choice until you finish the progress bar.
If you run out of keys you can always pay another visit to Loxley Caverns.


Don't forget the buff can run out ... so pay close attention to it. At some point there will be another buff which is permanent. (read above) 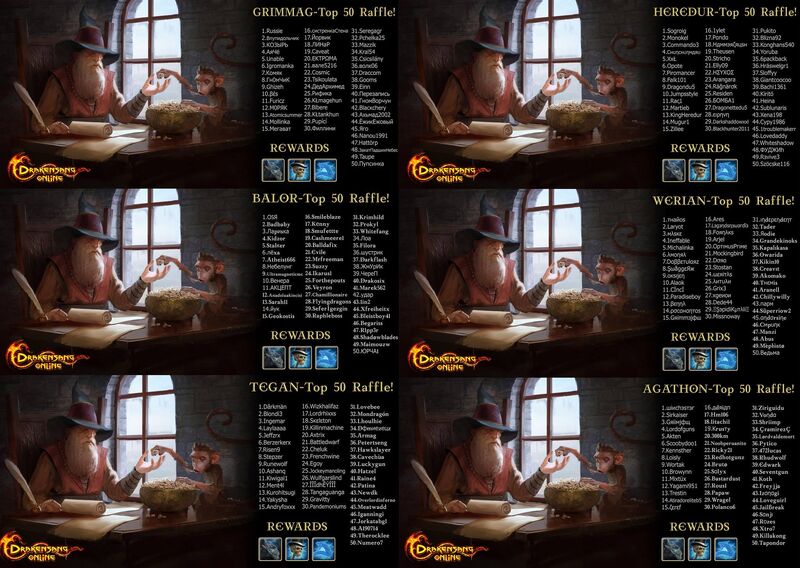 Retrieved from "https://drakensangonline.fandom.com/wiki/Big_Game_Hunt?oldid=141084"
Community content is available under CC-BY-SA unless otherwise noted.